Even as big, out-of-state corporate money triumphs, the struggle to spread the truth about GMOs continues. 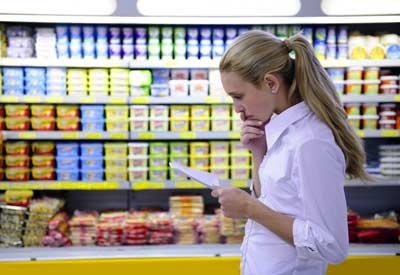 Those of us who live one time zone later than Washington State woke up this morning to disappointing news: I-522, the Washington State initiative to label foods containing genetically-modified ingredients is going down to defeat and by a sizable margin. While votes are still being counted as of this writing, it appears that the difference won’t be made up. At one point in September, polls showed the initiative was ahead by 45%. How did it end up losing by 10%?

If we can quote a line from one of our all-time favorite movies on politics, follow the money. Those allied against the initiative broke state records with the $22 million it collected against the measure. As the Seattle Times reports, only $550 of that came from Washingtonians. The rest–let me do the math for you: $22 million – $550 = $21, 999, 450 — came from out-of -state businesses, corporations, and shell groups designed to hide the names of the actual companies fighting the initiative.

While the majority of pro-initiative money — 70% — also came from out-of-state, the rest came from small donations, 10,000 in all, from concerned Washingtonians who simply wanted the ability to see if the foods they were buying for their families contained GMOs.

As the Seattle Post-Intelligencer reports, the state’s attorney general sued the Grocery Manufacturing Association, the organization that took money from PepsiCo, Coca-Cola, Nestles and others, initially keeping their names hidden. In filing the suit, the AG cited “internal hide-the-money memos and claiming widespread violations of state public disclosure laws.”

Even though the election is over, the lawsuit continues. In violation of state election law, much of the money collected by the GMA “appears to have been collected by the GMA from its members prior to registering a political committee. These subsequent contributions were not reported by the GMA when it submitted its disclosure of contributor members and the value of their contributions on Oct. 18. The PI reports that, “the names of big food companies never appeared in the listing of Top Five contributors on the No on 522 campaign ads — a requirement of state law.” The GMA will most likely be fined. But what’s a few more bucks when you’ve already spent millions to get what you want? (The PI also has a good accounting of the barrage of advertising that money paid for.)

As the post-mortems roll in, it’s important to keep an eye on the long run. Almost every important change in American politics starts with a series of defeats, be it civil rights or marijuana legalization. But every defeat is a step forward. A Republican state representative and supporter of 522 from the agricultural area around Wenatchee was quoted saying that the upside is that now 90% of Washingtonians know what a GMO is. As has been said in many a political struggle, the truth will out.

The key to an eventual triumph? Being smarter and more effective the next time around. We need to study the lies and deceptions arrayed against the initiative — the same ones that were used to defeat the California labeling initiative — and decide the best way to counter them (the one about labeling adding $400 a year to your food bill, despite all the counter-evidence, is especially galling). That countering should begin now. And yes, the pro-labeling arguments needs to be distilled and made accessible for soundbites and advertising. But they must also be inclusive and detailed. The reasons to resist GMOs are many and it takes only one to convince a possible convert.

Every time someone claims that GMOs are as safe as any food –remember when cigarette manufacturers were saying the same thing about their product? — has to be countered with the studies, with the truth. We must hammer home the fact that GMOs are a threat to traditional farming, to organic farming, and to seed crop diversity. We must remind our friends and neighbors that corporate control over our food is a bad thing. Healthy food. Crop diversity. Small farms. Small businesses. All these issues are as important as is our right to know. Those messages need to be continually aired whether there’s a ballot measure to consider or not. All are part of the larger GMO issue.

For now, the Yes on 522 campaign, with many votes still outstanding (they trail by some) isn’t conceding defeat. We shouldn’t concede defeat either. The battle continues.