Engineered to repel aphids, the genetically modified wheat was instead attacked by the pests in field tests. 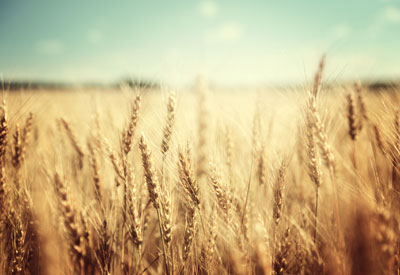 The first press reports in 2012 were positively glowing. Scientists in the United Kingdom had developed a GMO wheat using peppermint genes that repelled aphids. Not only would the wheat suffer less damage from the pests, it would reduce the amount of pesticides normally used on it. “Whiffy Wheat” as it was called was said to be the first in a new generation of genetically engineered crops, GMOs that were environmentally friendly and more naturally produced.

First reports from lab studies indicated, it was reported, that Whiffy Wheat worked. Field tests, protested by anti-GMO groups, were initiated. Somehow the results weren’t what all the hoopla had made us come to expect.

Aphids, it was discovered, took to the wheat despite the gene engineering.

“We had hoped that this technique would offer a way to reduce the use of insecticides in pest control in arable farming,” one of the scientists involved in the program, professor Huw Jones, senior molecular biologist of Rothamsted Research, told the BBC. “As so often happens, this experiment shows that the real world environment is much more complicated than the laboratory.”

Indeed it is. A local farmer who opposed the field tests, agreed with the professor when he told the BBC, “The truth is that nature is just too complex for the simplistic thinking behind GM. Meanwhile, we are crying out for investment in proven solutions like integrated pest management, companion cropping, conventional plant breeding, and novel chemistry.”

£732,000, over $1.1 million U.S. dollars, was spent on the Whiffy project. Another £444,000 was spent on fencing for the trial fields. (You can see that fencing, complete with German shepherd guard dog, by scrolling down the BBC story linked above at “the results.”

The U.K.-based group Citizens Concerned About GM wonders why so much money was invested to fight a problem that isn’t all that serious. In an essay published after the trials had begun, the group pointed out that the genetically modified wheat was spring wheat, not much of which is planted in the U.K. (winter wheat, by far, is the most prevalent wheat grown there). Even in winter wheat, it said, the problem is not that severe.

Aphids are indirectly at fault for carrying a fungal disease, barley yellow dwarf disease or BYDV, that infects wheat. But even that larger problem had only been a problem in two of the last six years. Fungicides, the group pointed out, are a cheap and less invasive solution to BYDV.

This led the Citizens group to speculate why the plant was being developed at all. Was there a secret agenda.

Citizens Concerned speculated that the reasons might include just getting a foot in the door with field trials. Field trials of genetically modified crops, as opposed to laboratory tests, are strictly regulated in the U.K. and much of Europe. Achieving field trials for Whiffy Wheat was a breakthrough, despite the crop’s failure.

Citizens also points out that the gene injection here wasn’t simply from peppermint, a rather benign, plant-to-plant genetic splicing. It also includes a gene sequence found in cattle. Touting the new wheat as a more “natural” form of genetic engineering ignores its Frankencow origins.

Maybe the most important thing the citizens point out is this:

Organic farmers do not have problems with either aphids or BYDV in cereal crops. A combination of rotations, the avoidance of soluble nitrogen fertilizer, later sowing dates, an active soil microbial population, hedgerows and floristically diverse field margins that encourage aphid predators provide a successful “control strategy”.

In the meantime, the genetic scientists behind Whiffy Wheat promise to keep working to improve on their creation. Maybe the next time they ask for field trials, maybe a third party interest should check the results of the lab study. Then taxpayers wouldn’t be held for such huge fencing bills.