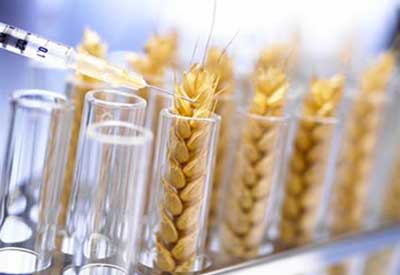 Genetically-modified or GMO wheat may still be several years down the pipe. But it has some Washington State farmers worried. Their concerns, expressed earlier this week at Senate hearings on the state’s proposed Initiative 522, “The People’s Right To Know Genetically Engineered Food Act,” shed light on a seldom discussed but important argument against the use of GMO crops: loss of international markets.

The warning from wheat farmers came at the end of this article in the Seattle Times (link no longer available). They pointed out that the United States practically stands alone in acceptance of GMO crops. Over 60 countries banned the use of genetically-engineered crops for human consumption, and those countries won’t accept GMOs for import. Tom Stahl, a wheat grower in Douglas County, told the hearing, “I farmed all these years just fine without any GMOs. But I cannot farm without my markets.” Some 85% of the wheat grown in Washington state is exported.

It should be noted that the Washington Association of Wheat Growers opposes the initiative. One of that group’s members testified that it was “premature” to be concerned with the loss of markets, citing the claim that GMO wheat is at least seven to ten years away.

The arguments offered against the initiative are of the expected sort. Some are exaggerations — labeling will mean higher food costs — and some are outright fabrications — raising GMOs means less pesticide use (in fact, the opposite is true).

It’s known that Monsanto, DuPont and other manufacturers of genetically-modified seed will fight the initiative. But it remains to be seen if Walmart, Coca Cola, and other interested manufacturers and distributors will contribute as they did to defeat California’s GMO-labeling initiative. A meeting between Walmart and a host of corporate food interests and the FDA in January heightened speculation that they would end their efforts to stop an ever-advancing movement to have GMOs labeled for consumers. We — and the people of Washington State — can only hope.