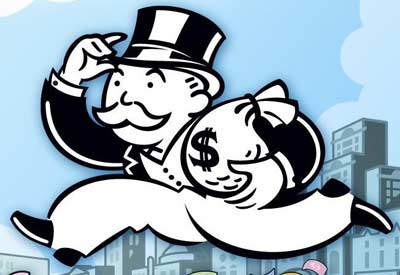 NOTE: This post on the Oregon GMO Measure 92 was written the day after the election when the fate of the measure was too close to call. Since then, the Oregonian has declared that the measure lost narrowly. The vote count was so close, 50.4 percent against, 49.6 in favor, that some have questioned how the decision can be called with ballots still to be counted. The issues discussed here — the effect of a surge of corporate money used against the measure in the last days of the race as well as the larger issue of winning elections when vastly out spent by corporate and shadow money — are still worthy. We urge you to comment over at our GMO Forum …

It’s the morning after voting on GMO ballot measures in Colorado and Oregon and the Oregon measure’s fate is still undecided in a close race. The labeling measure in Colorado was defeated by a two-to-one margin.

Oregon’s Measure 92 trailed with 49.8% of the counted vote for and 50.2% against. Ballots still to be counted include some from counties that polled in favor of the measure. Your friendly Planet Natural blogger, with fingers crossed, believes a decision will be reached soon now that business hours have started on the West Coast.

While we wait, there is other news to process. According to the Oregonian, Monsanto dumped $1.35 additional million into the No On 92′ last minute campaigning. The sum brought Monsanto’s total donations to $6 million, just slightly less than the entire amount spent by the Yes side. The total raised almost exclusively through corporate donations by the No On 92 forces is well over $21 million, shattering records for spending on a ballot initiative in Oregon.

Here’s a more detailed look into donations and spending on the GMO labeling measures in both Oregon and Colorado.

The bright side: Hawaii’s Maui County approved a measure that would impose a moratorium on the raising of genetically engineered crops until the county has a chance to analyze the crops’ environmental and human health risks. The measure won by just over a thousand votes. As reported by Honolulu Civil Beat, Monsanto, Dow and other corporate opponents flooded the race with some $8 million, making it the most expensive race in Hawaiian history. But, says the Civil Beat, “[it] wasn’t enough to beat scores of Maui County residents who spent weeks canvassing, sign-waving and calling friends to share their concerns about seed companies’ farming practices.” Always good to see David take down Goliath.

We’ll be looking for your post-election thoughts — and what can be done better next time — over at our GMO Forum.

One Response to “GMO Vote Close Despite Millions Spent Against”