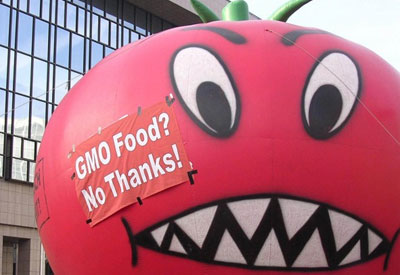 The growing and use of genetically engineered crops are a big issue. Yet little has been done, despite consumer efforts, to label those products in the USA or ban their growth and use all together.

Europe has long been a beacon of sanity when it comes to banning the use of GMOs in processed food as well as the raising of GMO crops. The European Union prohibits or restricts the import of food products from the U.S. that contain ingredients from genetically modified crops. While GMO crops make up over 80% of the corn and over 90% of the soy raised in the U.S., those figures are closer to 1% in Europe. In the U.S. some 80% of the processed foods contain GMOs.

Now the corporate powers who profit from GMOs have found an opening into European markets. The TransAtlantic Trade and Investment Partnership (TTIP) talks that opened in June will consider the GMO restrictions among dozens if not hundreds of other disputes involving the U.S. and its European Trading Partners. Those talks are secret.

According to a leaked draft mandate from the EU (link no longer available) the wide scope of the negotiations includes “goods and services as well as rules on trade and investment related issues with particular focus on removing unnecessary regulatory barriers.” This meshes with what the Office of the United States Trade Representative calls removing “technical barriers for trade.” In other words, they want European markets to be open to GMOs. The lobbying watchdog Corporate Europe Observatory has the story.

We don’t often think of genetically engineered crops in terms of foreign diplomacy. But when foreign diplomacy, in the guise of trade initiatives, becomes a tool of corporations to inflict products on those who don’t want them, something is amiss.

GMOs have long been an issue in places like India, Africa, and Brazil as well as Europe. The goal here is to use the broad purchase of the trade talks to inject language against barriers that ban GMO products and crops. Did we mention that the talks are secret? More can be found here. Scroll down to the interesting discussion on food culture in Europe and GMOs vs. food culture in America. It’s a battle between Europe’s traditional, localized, small grower agricultural base and the big agriculture, corporate model practiced in the U.S. Luckily, there’s an awareness of the value of natural, locally-grown foods now emerging in the U.S.

News of the TIPP talks comes on the news that Monsanto has pulled out its European applications for new crops. Could it be they’ve decided there’s a better way — trade agreements — to overcome European resistance? More on the TIPP talks and GMOs here.