The Year In GMOs

Evidence that GMOs are harmful to our health, our environment, and our farming economy continues to grow. 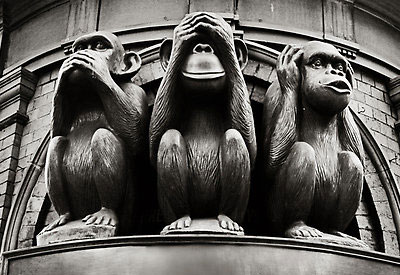 Yes, 2014 was a frustrating, difficult year for those of us concerned about the effects of genetically modified crops on our health, our environment, and on the economics of food production. Defeats of the labeling initiative at the tail end of 2013 in Washington, the turn-down of a labeling initiative in Colorado, and a near-miss, no more than 800 some votes in Oregon, all seemed to point to the inevitability of our never knowing what kinds of food we’re putting on our tables.

Now, with new, pro-corporate agriculture majorities at the federal and many state government levels, things look even more dismal, as this story in National Geographic details. Chances that the ironically named “Safe and Accurate Food Labeling Act,” a measure that bans states from requiring GMO labeling, will pass in the next Congress appear great. It’s a case of what-you-don’t-know may hurt you and we’re going to make it illegal for you to know. In a democracy dependent on an informed citizenry, democracy is being replaced by a corporate food business’ crusade to keep knowledge out of the consumers’ hands.

Our representatives find it more profitable (uh-hmmm) to represent the corporations that contribute mightily to their campaigns (and who knows what ever else) rather than represent the people who they are sworn to preserve and protect. Sadly, our major news media conglomerates do such a poor job of reporting on relevant food safety issues, that we only learn about corporate meddling in food issues — like the illegal participation of out-of-state business interests in the Oregon recount — from foreign-based news services.

But before you plunge hopelessly into hopelessness, consider this. 2014 was also a year that saw certain realizations coming to citizens and business interests. Those of us who believe in the notion of a political tipping point, a phenomenon seen historically in everything from voting and civil rights legislation (remember when women couldn’t vote?) to marijuana legalization, see us moving closer to the day when things turn against Dow, Monsanto and the rest of the GMO seed-and-pesticide peddlers, when the public overwhelmingly agrees that the dangers not just to our health but to the environment and farming economy far outweigh the needs of a few international corporations to protect their profits.

One of the more encouraging signs came early in 2014 when General Mills announced that it would start marketing GMO-free Cheerios. The announcement meant that one of our biggest industrial food producers had realized what organic and natural food businesses already knew: there’s a demand among consumers for products that are free of GMOs and are labeled as such.

More evidence that business is beginning to realize that consumers want their food to be safe and natural comes in their cynical attempts to embrace the natural, non-GMO food movement. Of course, their efforts are meant to confuse and mislead. Front groups, including The Coalition For Safe Affordable Food, an anti-GMO labeling group funded behind-the-curtains by GMO seed and chemical companies as well as processed food producers who utilize GMOs in their products, pretend to be grass-roots efforts but are actually “astro-turf” organizations funded by corporate interests.

These reactions by big-ag, corporate food, and chemical companies (the ones that produce the pesticides freely used on GMO crops, often the same ones that produce the GMOS themselves) reflect their fears even as they signal movement in the public’s knowledge of GMOs. Another promising sign: the anti-GMO forces are spending more and more money to fight initiatives even as the margins by which the initiatives are defeated are becoming smaller and smaller.

At the true grass-roots level, two counties in Oregon, concerned about contamination of crops and the threat GMOs make to their organic farming economies, passed measure banning GMO crops. One of Washington state’s San Juan Islands heavily invested in organic and natural farming passed a ban on GMOs. On the Hawaiian island of Maui, resident voted for a GMO crop ban, another promising sign even if Monsanto’s high-priced attorneys convinced a judge to stop it. And let’s not forget what happened in Vermont in 2014.

All the while, research continued to trickle in showing that various GMOs may indeed be a serious health threat. One of the more damning studies showed that glyphosate, the active ingredient in the pesticide most used with genetically engineered crops (otherwise known as Monsanto’s Roundup) is associated with the mechanisms that cause human breast cancer.

The industry’s reaction to these studies is to criticize them for methodology so they can cling to their desperate “no-evidence-that-shows” defense. At the same time, they resist further study and even call for bans against certain inquiry. They know, as well as most of us, that even inconclusive studies call for further research. That’s the way science works. What are they afraid of?

They’re afraid that we’re reaching the tipping point on the public’s perception of GMOs and that just one study could send their profits into spiraling decline. As the Institute For Responsible Technology points out, that point was reached in Europe in 1999 resulting in GMO bans across the continent. The same thing has happened in this country with GM bovine growth hormone in milk and milk products, leading many producers and distributors to proudly announce that their products are rGBH free. Once a giant like WalMart gets on board, the battle is over.

Will 2015 be the year that the same thing happens with GMOs? You can bet your concerned Planet Natural blogger will be following the issues closely; not just the health and environmental issues but the economic threats posed by genetically modified crops to organic and small farms. In the meantime we invite you to get involved, by following the Institute For Responsible Technology’s “Non-GMO Tipping Point Network” and other groups fighting the good fight, discussing the issue (and correcting misconceptions) with your friends and neighbors, and sounding off at Planet Natural’s GMO Forum. Will 2015 be the year that things turn against the interests that produce GMOs and bring them to our food supply? Stay tuned.