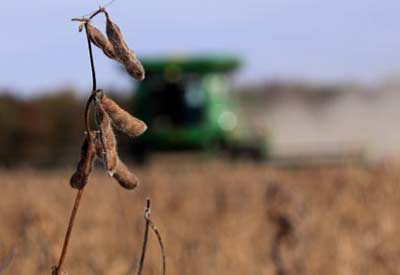 As the deadline for release of the recount in Oregon nears, we’re reminded that genetically engineered crops create a myriad of problems that aren’t often considered by GMO-labeling foes. Evidence of growing threats to organic farming, seed stocks, and to our health from the herbicides that genetically engineered crops are designed to resist continues to grow. Even liberty and democracy are at stake. Some recent news, a study, and an informative article addressing seed diversity and the dangers of monoculture farming all suggest how complex — and important — the GMO issue is.

Judge rules against counting votes in Oregon: An Oregon county judge has denied a motion filed by Supporters of Measure 92, Oregon’s proposed GMO labeling initiative, that would allow them to argue that some 4,600 votes that went uncounted because of signature problems, should be allowed during the recount. The motion asked that the recount release date, December 12, be postponed so that the 4,600 votes could be considered in the total.

On first count, the measure lost by some 800 votes out of 1.5 million cast triggering an automatic recall. Oregon television station KTAU reports (link no longer available) that there’s been a net shift of one vote toward Yes on 92 since recounting began, strongly suggesting that the measure will not pass (other sources say the yes count has gained two votes).

Originally, some 13,000 votes went uncounted because of signature problems. Efforts to reach these voters for verification resulted in 8,600 of the 13,000 being validated. The 4,600 uncounted votes came from persons who didn’t respond within the allowed 14 days of notification that their vote had been challenged.

Supporters point out various reasons, including travel, disability, and hospitalization, might have kept voters from responding. Signature challenges are becoming a frequently used tool by political and business advocacy groups to invalidate votes.

Roundup and your heart: Roundup, the Monsanto herbicide used widely and freely on fields of resistant, genetically modified crops has been found to have toxic effects on the hearts of rabbits and rats. The research, conducted in the laboratory of Professor Gilles-Eric Séralini, was reported at the Sustainable Pulse website dedicated to Séralini research.

The Séralini facility was involved with a controversial study of GMO corn and Roundup that was criticized by Dr. Wallace A. Hayes in the journal Food and Chemical Toxicology. Hayes’ retraction of the study’s publication has been used by pro-GMO forces to fight any long-term study on the effects of GMOs on human health. But many have seen the retraction as questionable and done under corporate pressure.

The heart toxicity story follows, “anecdotal reports from hunters of rabbits dying suddenly after crossing a Roundup-sprayed field, and from pet owners of dogs dying of seizures after exposure to Roundup-sprayed lawns – as well as cases of heart problems documented in people after Roundup poisoning,” according to Sustainable Pulse.

Modern, GMO-driven agriculture threatens seed diversity: And that could mean problems for future generations of farmers. We were directed to this story in Yes! magazine, subtitled “How Seed Banks Are Protecting the Future of Food.” The piece is an upbeat and readable account of what’s being done to save heritage seeds and the genetic diversity they carry. It’s worth a read.

But underlying the story is a darker message about what we risk as GMO crops and monoculture farming take over agriculture. “More than 75 percent of the fruit and vegetable varieties that humans once consumed have already gone the way of the wooly mammoth and the saber-toothed tiger, according to the U.N.’s Food and Agriculture Organization,” the story reports. So what exactly has been lost?

The answer might even include our ability to survive global warming. Journalist Richard Schiffman writes, “If the single seed variety that everyone is sowing turns out to be unsuited to future climactic conditions, or lacks resistance to insect and crop diseases which are going to be increasingly on the move into new areas as climate change advances, then we will be out of luck. We won’t have the genetic diversity on hand to breed new, resilient varieties that can withstand the rigors of a climate-changed world.”

We’ve pointed out the dangers of putting the world’s seed supply in just a few (corporate) hands. This piece explains why.

Like we said, it’s a great story and you should read it. Tied together with all the problems that genetically modified crops can pose to our health and our environment, it shows just how complex, how troubling the whole genetically engineered food and agriculture business is. Labeling is only one important part, one that gives us the knowledge to make a choice. The GMO issue itself, with all it ramifications, is huge.