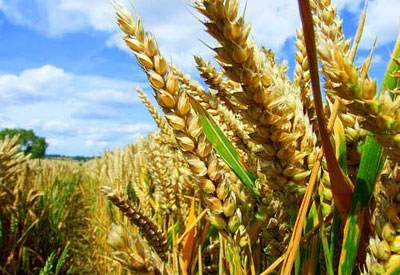 As the election approaches, more and more news sources are taking an editorial stand on California’s Proposition 37, Mandatory Labeling of GMOs. Not surprisingly in a state in which corporate agriculture is such a big part of the economy, many California newspapers are coming out against the initiative. The attacks often follow the usual anti-initiative strategy, that its general purpose is a good one but that the proposition itself is badly written. The papers admit that knowledge is a good thing (the initiative will require products to reveal if they are genetically engineered or if any genetically engineered products are used in their making) but that passage of the proposition will encourage frivolous lawsuits against retailers, not producers (something of an assumption) from almost anyone who suspects that GMOs are included but not labeled in some product. In other words, a technicality, with the bogey-man of expensive, anti- small-business legal action (questionably) attached. Really?

The Redding Record Searchlight (link removed), under the headline “GMO Labeling: More Lawsuits, Not More Safety” makes a blanket statement that “scientists say these [GMO] crops are safe” (not true) and that prop 37 would create a “fertile new field of litigation” (get the clever agricultural image? What a rich harvest this would be for those evil attorneys.) The Fresno Bee, while stating consumers deserve more information, not less, goes on to set up a scenario that has attorneys suing any retailer they choose if they suspect it’s selling unlabeled GMOs. The powerful Los Angeles Times, in an editorial published just last week, admits some of the problems that GMO farming has yielded (including herbicide-resistant super weeds), but argues against the proposition by saying it targets retailers. The Ventura County Star in urging a “no” vote on the proposition insults consumers when it claims, “Only a relative handful of voters are in a position to make an informed decision on such a complicated, technical subject.” Like picking a president to run the country isn’t technical?

In other GMO news, a few papers see through the smoke. The San Francisco Bay Guardian (link no longer available) sees it as a simple transparency issues that “mandates that GMO food be labeled “the way it is in at least 50 countries worldwide, including all of the European Union, China, Japan and Russia. Hardly a radical proposition, but it’s got Big Ag in a furor.” The North County Times (San Diego and Riverside counties) agrees: “Prop. 37 is consistent with this tradition of holding our food producers to the highest standards of quality and disclosure, and of giving purchasers of food as much information as reasonably possible about the products they are considering. We urge a “Yes” vote on Prop. 37″ (this one’s worth reading in its entirety).

While no proposition is perfect and that legal maneuvering after passage to determine intent is often part of the tinkering that goes on after approval by voters is being overlooked in this case. Passage would (your friendly blogger predicts) trigger an avalanche of anti-implementation legal action from the same players (Monsanto, DuPont, et al) that are fighting its passage. It’s important to get both sides of an issue before casting a vote. Understanding the resistance to Proposition 37 just makes deciding which way to vote easier. For a full run down on the Proposition with copious resources/links to do your own research (including major donors of for-and-against-funding) try Ballot*Pedia’s Proposition 37 page (Ballot*Pedia is a good starting place for most state election issues).