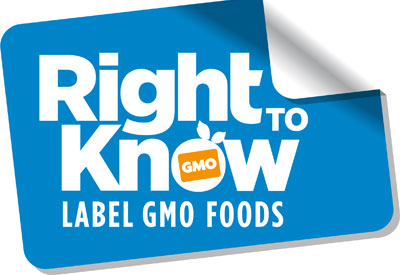 California voters — and everyone else across the country — go to the polls Tuesday. Californians will cast a historic vote on whether or not to label the use of Genetically Modified Organisms in our foods. The question at hand is simple: should consumers have the right to know if the foods they buy contain GMOs? But the issue itself is not simple and has been clouded by a flood of anti-labeling ads broadcast across the state. As we and many others have stated before, it’s about more than just whether or not GMOs are harmful to humans (some decidedly are, the jury is still out on others). It’s about unbounded pesticide and herbicide use and the health of our environment, it’s about our willingness to accept monoculture and corporate control over the production of our food, it’s about the survival of heirloom, organic, sustainable and non-engineered crops and farming; it’s about our children; it’s about who owns and controls the very seeds we put in the ground.

The assault from chemical companies and big agri-food producers has been overwhelming. Monsanto alone has spent more than all the Proposition supporters combined. And the latest news isn’t good. A poll conducted by the California Business Roundtable and the Pepperdine University School of Public Policy finds the measure going down — it once led by a wide margin — with 39% in favor and 50% opposed. Meanwhile, the arguments against GMOs continue to mount. Read what this geneticist says as she draws information from Monsanto’s own website and connects the dots regarding genetically engineered corn. But then, the Proposition isn’t asking that GMO products be banned. All it’s asking is that they’re identified so the consumer can choose not to feed them to their families.

Meanwhile, what’s the organic gardener to do to support sustainable agriculture and resist the spread of GMOs, especially those of us who don’t live in California and can only hope the Proposition passes? The answer is… continue organic gardening. Even if you’re growing only a small amount of food each season for your family, you’re making a statement. By not using pesticides and herbicides, by improving your soil with compost and other good sustainable practices, you’re doing the environment and your family a big service. Encourage others. Grow more. Not only do organic gardeners keep herbicides, pesticides, and other chemicals out of their small space of the planet, they stand as a model for other gardeners and help educate us all. Your garden patch is small compared to the hundreds-of-thousands of acres planed in GMO corn, soy and canola. But from small things come giant rewards. The more home gardeners we have growing organically, the better off we’ll all be.

One Response to “Why GMO Labeling?”