GMO Labeling On the Ropes? 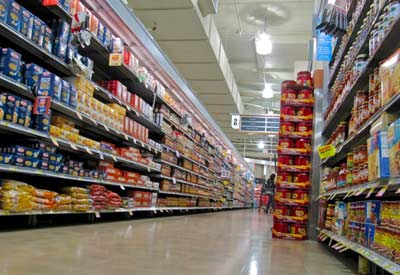 Yes, there’s some finger pointing going on after the defeat of Washington State’s GMO labeling initiative earlier this month. But, surprisingly, not really all that much. Most of it is directed at the huge amount of money spent by seed companies Monsanto, Dupont, Bayer and the Grocery Manufactures Association that fought against labeling. But there are other issues here.

Maybe the central question here is how something like labeling, an idea with consistent high support among the public, can be so easily defeated. And this requires a look at the opposition tactics. One aspect that’s been pointed out is that the opposition often says it too supports the consumer’s right to know. But it argues that the Initiative as proposed, was poorly written with too much confusion and too many exceptions written in to it. This of course was the same tactic used to defeat the California labeling initiative, and many of its claims were based on exaggeration and out-and-out falsehood.

This editorial, from The Daily Herald (link no longer available) out of Everett, Washington discussing what went wrong has been widely circulated in the state. It doesn’t so much blame the loss on the money spent against the initiative as it does on the pro I522 forces failure to address the charges against labeling while concentrating its efforts in too few areas of the state. One of the important takeaways: “It seemed those running the Yes on 522 campaign had not learned many lessons from the defeat of a nearly identical food labeling initiative in California in 2012.”

In the mean time, the Grocery Manufacturers Association is busy claiming victory. And while the Attorney General of Washington State continues to pursue action on the lawsuit accusing the GMA of hiding the names of its donors in violation of state law, that hasn’t stopped the organization from continuing its disinformation campaign about their practices and dangers of GMO labeling.

Documents exposed as part of the Washington State Attorney General’s suit reveal that the GMA is mounting a campaign to ban GMO labeling at the national level. This comes at a time when some 20 states are considering or have passed laws regarding the labeling of GMOs. And while many local battles over labeling are being waged, those favoring GMO labels must keep an eye on lobbying efforts in Washington, D.C. that would make any state or local GMO labeling law moot.

Meanwhile, the advance of genetically-modified products continues. Check out this piece on a new genetically modified soy bean and the oil derived from it. Sounds like there’s not a need for it, but then GMO marketing knows no bounds. Why continue using perfectly good, non-GMO products when major corporations can capture another part of the market? And of course, there have been no studies to decide if the genetically-mutated crop that produces the oil is safe.

One Response to “GMO Labeling On the Ropes?”