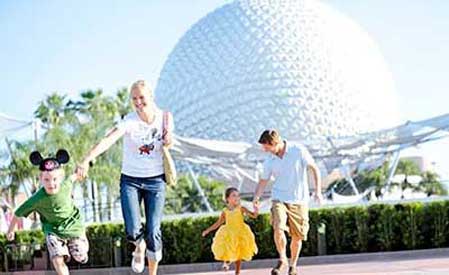 From Natural News, a public education website anyone interested in keeping up with GMO issues should follow, comes this not-so-surprising information. Disney, at its Florida-based EPCOT Center (Experimental Prototype Community of Tomorrow) has for years been hosting biologists from the United States Department of Agriculture who have been growing genetically-modified fruits and vegetables. The story was originally broken by Susan Fehrenbacher over at Inhabitant, but it’s been no secret. The USDA announced back in 1996 in its Agricultural Research magazine that it was working with Disney “to communicate the science of agriculture. We do this by showcasing various tools — such as biotechnology…” The site, a two-acre facility sponsored by Nestlé USA, is called Living With the Land. Nestlé is one of the world’s largest pro-GMO corporations. In 2006, it obtained a patent on a genetically-engineered coffee.

In her original article, Fehrenbacher reported that she was told by EPCOT guides that some of the GMO food grown at Living with the Land is served at EPCOT resort’s restaurants. “Ever wonder where those Mickey shaped cucumbers come from?” asks Disney’s own Living With the Land web page. Now you know. And if you’re worried that Mickey’s pro-GMO stance might brainwash kids in the way that cartoon characters selling sugary breakfast cereals does, read on. In her article on her visit to Living With the Land, Fehrenbacher tells how one wise-beyond-her/his-years six-year old (scroll down in her post to read) questioned an EPCOT guide about using non-sustainable Styrofoam pots for growing plants in a supposedly sustainable agriculture exhibition. The same six year old also elicited the response that revealed most of the crops grown at the site were genetically-modified. As The Who sang all those years ago…The kids are alright… some of them are even smarter than Mickey Mouse.