More and more shoppers are buying foods free of GMOs. And that's good for farmers. 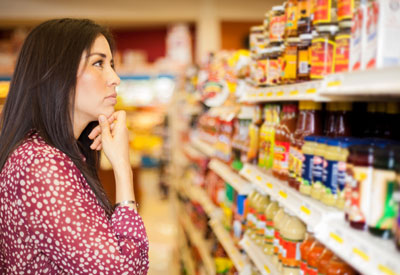 The Wall Street Journal (behind a pay-wall) had a recent story about farmers choosing to raise non-GMO crops because the demand for them was growing exponentially. In fact, it appears that at least two boxed breakfast cereals will use the non-GMO label to help boost sales.

The Journal‘s article provided some evidence that critics of General Mills’ introduction of a GMO-free Cheerios are wrong. Those critics are suggesting that the move to offer a product without ingredients from genetically modified crops is akin to economic suicide. They claim that no one will want them and they’re too expensive to make.

Truth is, the demand for GMO-free foods, as the Journal story attests, is growing by leaps and bounds. And GMO-free Cheerios will not cost shoppers any more than they did.

General Mills obviously thinks a GMO alternative is a smart marketing move as does Post Cereals which has developed a GMO-free Grape Nuts. Kellogg’s has hinted it’s working on GMO-free products. Chex has registered considerable success with its gluten-free cereal while General Mills, which markets Chex, has come up with a number of “natural,” simple recipe, and gluten-free choices. The reason? To help boost “soggy” sales.

Anyone paying attention knows that the number of non-GMO products on our grocers’ shelves seems to multiply every time we go to the market. The public seems to want them. Demand is pushing supply.

The reaction from business-types to the Cheerios change was surprisingly harsh. Bloomberg, often pro-GMO, reported the change (mostly) fairly, including sales figures and the like. The Wall Street Journal came down particularly hard in an editorial. “General Mills should have known better than to try to appease critics who refuse to operate in good faith. It has chosen a course guaranteed to raise its costs with little if any benefit, embolden anti-technology activists, and put itself in potential legal jeopardy.” Their attitude seemed to be, give them an inch and they’ll take a mile.

Biotech Now (see “hard” above) claims that change resulted from pressure applied by “anti-GMO activists.” What makes General Mills’ marketing technique so faulty is that it resulted from an external influence of a small group of consumers who chose to completely disregard scientific facts but rather deem GMOs unsafe based off of deficient education.”

Did they just call our education deficient?

These over-the-top reactions are misguided and actually sorta petty when you think exactly how little Cheerios has changed. No one’s growing GMO oats so the main ingredient remains the same. Only the sugar beets that supply sweetening and the corn used to make the corn starch binder have changed. (Some vitamin fortifying, inexplicably, has been dropped from the recipe.)

Most other cereals have multiple-GMO main ingredients that make them difficult to make GMO-free. Cheerios had it easy.

The takeaway from this is the good news that more farmers are growing non-GMO crops in an effort to meet demand. That demand comes from food producers who are making more GMO-free products. And that’s because large numbers of consumers are demanding foods without GMOs. It’s not just a handful of anti-GMO activists.

And speaking of education, the awareness level regarding the risk GMOs bring to our food, to our health, and our land, is growing, thanks in part to the GMO labeling referendums around the country. Even if they lost, they managed to focus our attention on the issue. We’re seeing the benefits.