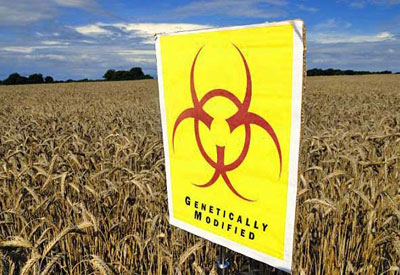 California’s Proposition 37, the GMO labeling rule which will appear on the state’s November 6 ballot, registered a nearly 80% approval rating in early polls. But no longer. The Los Angeles Times reported on two polls that show the support for the proposition has slipped, in one poll to 48% favoring and 42% disapproving with 11.5% of voters still undecided. The reason? Can you say big money advertising blitz? You can see the results of the Pepperdine University/ California Business Roundtable Survey here (link no longer available).

We’ve already reported on where the big money spent to defeat the proposition is coming from. You can visit BallotPedia’s Proposition 37 site to update the information (again, scroll down for donor lists). So what are the anit-37 ads saying? That there are too many exclusions. That alcohol will be excluded from labeling. That dog food will be labeled but meat for human consumption will not. That, that… Well, you get the point. Savvy voters should always be suspicious when the forces seeking to kill a ballot measure claim it should be defeated because it doesn’t go far enough. In this case, they seem to be arguing that we need even more GMO labeling would be a better thing than some (which means “most”) GMO labeling. Of course, what they really want is no GMO labeling at all.

The exemption ad doing the most damage features Henry I. Miller, a “medical doctor” who is also a research fellow, according to the Times, at the pro-business, extremely conservative Hoover Institution think tank at Stanford University. He calls the Initiative “arbitrary and completely illogical,” and says the exemptions “seem to have been chosen on the basis of special interests.” A backup memo from the No campaign states, “there doesn’t seem to be any logical reason why alcoholic beverages should be excluded from the measure’s labeling requirement other than to protect the industry’s interests or to avoid creating a powerful opponent.” Kudos to the Times for following up with the alcoholic beverage and restaurant industries and confirming that they had not sought any special exemptions for their businesses. Not mentioned by the “No” forces: California state law, not to mention Federal law, already regulates alcohol in ways that would cause legal contradictions for the Initiative (which, by law, can only address one issue).

The other exemptions concerning meat, eggs, and dairy? These were excluded to keep the bill from being too onerous towards producers big and small who would be forced to track feed sources back to their origins — isn’t that what business is always complaining about, onerous regulations? While the Initiative does include meat, eggs and dairy from genetically-engineered animals (like those genetically-engineered salmon that are on their way), it does not require farmers to track the genetics of their feed, a costly and nearly impossible task. While that kind of knowledge could be beneficial to consumers, it doesn’t mean we should throw the entire measure out. It’s a start. That bit about dog food? Nonsense.

Knowledge is power and it’s important for California voters — and the nation at large — to consider what’s at stake here as well as weighing the arguments for and against. What’s smoke? What’s fire? We’re confident that consumers — that voters — can tell the difference.