It's time for honest nutritional information on all food products. 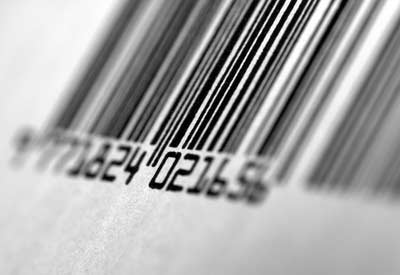 News this week from the Aspen Ideas Fest that Agricultural Secretary Tom Vilask suggested some day consumers might have an app on their smart phones or a barcode reader that would reveal a trove of nutritional information about the products it scanned, including whether or not it contained genetically modified ingredients. (Video of his complete and wide-ranging discussion with former ag secretary Dan Glickman is here.)

In a follow-up interview, Vilsak said, “The F.D.A. and U.S.D.A. could help coordinate the compilation of information. That way you wouldn’t create a misimpression about the safety of a product, which could happen depending on how something was labeled.” Shoppers would use their phones or scanners at the store to read the codes that would reveal all the information gathered on their make-up and nutritional values.

Such apps already exist, as does the bar code label scanner technology. Any number of information apps list the makeup of products including the possibility of them containing GMOs. One of the more visible of the apps is the “Check GMO” group of apps, including one that identifies GMO-free restaurants.

You don’t necessarily need a scanner to translate existing bar codes on those little sticky tags ahered to apples, oranges, and all kinds of other produce. Several sources claim to have cracked the code. They claim you can read the bar code numbers and discern if the fruit is organic and/or GMO.

We’re not sure what to think of the bar code label idea. Sure, it’s great to get all the information we can on what we eat. And we think Vilask’s suggestion that sourcing from the F.D.A. and the U.S.D.A. would put some currency behind the information even though both agencies have their problems and have been caught on the wrong side of these issues.

This may seem like a great compromise to the agriculture secretary, but that all depends on what’s involved. Will companies be required to divulge their GMO ingredients? Or, unless it says “organic” or “GMO Free” on its own, should we assume that anything made with soy products, canola and cottonseed oils, corn syrup, refined sugar, not to mention papaya; in other words cereals, crackers, cookies, snack bars, soy milk or baby formula, something like 70% of everything on the grocers’ shelves, contain GMOs?

We need the manufacturers to be required to declare genetically modified ingredient each and every time they’re used. No more supposition, allowing them to remain silent.

Also, we think that labels should carry the printed information. Adding the extra steps required to scan and download places some distance between the consumer and the info. No doubt manufacturers are counting on this — or lack of a scanner — to cut out a large segment of the population. The idea of a bar code where much more information can be found is great. But we think of it as an add-on to labeling, not a compromise.

Anything that both broadens and intensifies the GMO debate is a good thing. The more it’s talked about, the more people begin to see the common sense — and importance — behind labeling. This comes at a time of promise for the GMO movement, as well as progress.

The labeling buzz as applied to organics will get a boost on July 1 when Peter Laufer’s Organic: A Journalist’s Quest To Discover The Truth Behind Food Labeling  is released by Lyons Press. The dust jacket tells us that Laufer’s book examines what constitutes organic and by whom the definitions are made.

His investigation starts with organic walnuts grown in Kazakhstan that he purchases from Trader Joe’s. “Globalization has allowed food from highly corrupt governments and businesses overseas to pollute the organic market with food that is anything but, “the dust jacket says. It’s obvious that Laufer has a many-sided agenda in the book. But the result requires us to think about regulation and oversight, not only at home but for products brought from overseas. The “organic” label makes a big and consequential promise. Why isn’t it meaningful?

Of course, this brings us to one of your dedicated and consistent Planet Natural blogger’s favorite themes. The best way to guarantee healthy, organic food is to grow as much of it as you can. This goes without saying. But considering the adulteration scandals in everything from olive oil to hamburger and how little oversight there is on imported products claiming to be organic, well, it’s reassuring to know the fruits and vegetables your family’s eating are truly organic, no label required.