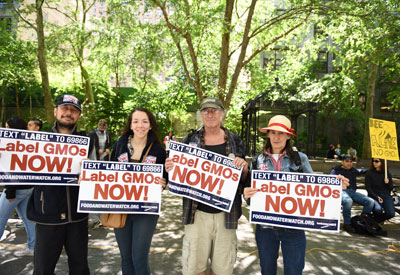 Those hoping for a ban on GMO crops know that the issue will only be resolved through a series of incremental steps. Labeling GMO food products would go a long way towards that goal. By giving consumers the knowledge of which foods they purchase contain GMO they will have a choice. And if given a choice, we can guess which side consumers would come down on.

The labeling movement took a big step this month in California when supporters turned in nearly a million signatures to put the labeling issue on the ballot (550,000 signatures were needed). The United States lags behind other countries in the banning, let alone labeling, of GMOs. While we wait for the count to be certified in California, here’s a citizen-written editorial that makes common sense of the GMO issue. The takeaway:

Should the United States join the international momentum?