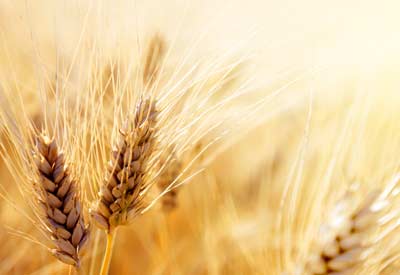 The most recent skirmish in the battle for and against genetically modified crops is being fought over GMO wheat. And the weapon the GMO supporters are using is drought. In a recent New York Times opinion piece entitled “We Need GMO Wheat“, GMO advocates Jayson Lusk and Henry I. Miller make seemingly reasoned arguments worthy of any high school debating team in favor of developing drought-tolerant wheat. Look closely at the arguments and they start to come apart.

The article generated over 400 responses before comments were closed. As always, they’re worth reading — no, we’re not suggesting that you read all 438 of them — because they demonstrate the strong feelings coming from both sides of the issue. But they also underscored some of the fallacies that Lusk and Miller proffer.

Their first argument(s) are based on incorrect assumptions and out-and-out falsehoods. After stating that corn and soybean farmers willing embraced genetically modified corn and soybeans (a claim that’s suspect considering the pressure from Monsanto and others), they write, “Today, it’s easy to see why corn and soybean farmers made the switch. Crop yields have increased and farmers have been able to reduce their use of chemical insecticides and shift to less toxic herbicides to control weeds.” Did the crop yields claim result from a same acreage comparison? The authors also suggest that wheat farmers are putting less acres into their crops. Could that land have been planted in GMO soy or corn?

The claim that GMOs have led to the use of less pesticides has been thoroughly debunked. In fact, pesticide use is up (study here). That less toxic pesticide they refer to? Glysophate, otherwise known as Roundup, produced, of course, by Monsanto, and used in conjunction with GMO crops resistant to its effects. The fact that weeds are becoming resistant to Roundup has shown the folly of thinking genetically modified crops will improve crop yields.

Though the article’s authors are correct when they say farmers resisted GMO wheat because of overseas bans on genetically modified crops that might reduce their export potential, the story they tell about the history of GMO wheat isn’t quite true. One thing they don’t mention is that non-approved GMO wheat appeared in an Oregon field last spring. Where did it come from? Monsanto claims that the wheat was part of a sabotage plot. Really?

Contamination of non-GMO seed, whether it’s corn, soy or wheat, is one of the big arguments, aside from potential dangers to human health, against GMOs. These concerns are especially critical to organic growers, both commercial raisers and home gardeners. The possibility of GMO crops contaminating certified organic growers’ fields, thus putting them out of business, is seldom discussed.

We’re not big on attacking the messenger when discussing issues. But Lusk and Miller have a history of advocacy. Miller, a fellow at the corporate-funded Hoover Institution, is the co-author of The Frankenfood Myth: How Protest and Politics Threaten the Biotech Revolution. His ties to corporate agriculture can be suspect. According to The Center For Media and Democracy’s Source Watch, he was a key supporter of a junk science group, the The Advancement of Sound Science Coalition, funded by Philip Morris that supported the tobacco industry.

Lusk’s book, Food Police: A Well-Fed Manifesto About the Politics of Your Plate claims that the healthy food movement is misguided and that “behavioral economists” are trying to control the food we eat. He’s so often sided with GMO crops that he felt compelled to put up a web page denying that he works for Monsanto.

It’s worth noting that the article doesn’t claim that Monsanto has developed a drought-tolerant wheat (they do say that Monsanto has “made significant progress in the development of herbicide-tolerant wheat” …. that same sentence suggests that Roundup is “benign”). It does claim that Egyptian researchers found that bringing genetic material from barley to wheat seed reduced the wheat’s need for water (they supplied no link). Could this be done through natural hybridization? The article gives no clue.

The authors ended their Times piece with the statement, “we need to acquire more technological ingenuity and to end unscientific, excessive and discriminatory government regulation.” In other words, we don’t need thorough testing of genetically modified wheat or any other GMO crop, to guarantee their safety. Are they suggesting we should just trust Monsanto and the others to put the consumers best interest first? I just can’t help but think their behavior has demonstrated their interest in profit trumps everything else.

One Response to “GMO Wheat and Drought”