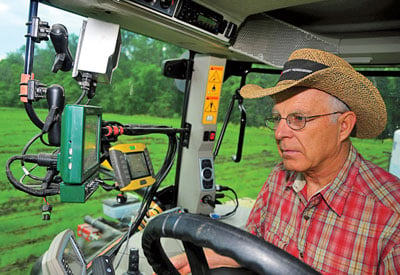 As we enter a new month, your (mostly) timely, inquisitive Planet Natural blogger takes a minute to catch up on a handful of issues.

Oregon GMO Labeling Vote: The final vote count is in and Oregon Initiative 92 to label products that include genetically modified ingredients is so close that a recount, scheduled to start December 2, has been called. Initial reports from The Oregonian on the day after the election had the measure failing narrowly. That margin — 812 votes or 0.05% of the total — turned out to be closer than imagined and now the race is too close to call. This is encouraging news, no matter what the final tally shows. Corporate forces, as usual in these votes, vastly outspent the pro-labeling side and the closeness of the Oregon vote suggests that they’ll even have to spend more to spread their misinformation.

In the meantime, Oregon Right To Know is looking for volunteers to help monitor the count. You know Monsanto, the Grocer’s Association, and the other corporate forces will have their attorneys there. Let’s hope a citizen’s’ brigade can keep them, and the count, honest.

Leaf Mold Different Than Compost: Permies, an interesting website on the practice of permaculture based in Missoula, Montana, has an interesting post up on one of our favorite topics: leaf mold. The article — you can see it here — extols the virtues of leaf mold but also points out some differences with compost that we hadn’t considered.

The major difference is in the way the two soil amendments establish decomposition. Compost relies on bacterial action to work. Compost needs a proper balance of green and brown, nitrogen and carbon-containing ingredients to work its magic. Leaf mold relies on fungal decomposition. This means that it requires little oxygen — you don’t have to turn a pile of molding leaves (but you do have to keep it damp). Leaves are a brown, carbon-heavy material. You don’t have to add green, nitrogen-heavy ingredients to make them decompose.

We’ve usually taken the leaves we have and added them to our compost tumblers and heaps, making sure we’ve had enough green material to keep the bacterial process going. We usually don’t just pile leaves alone to decompose. Instead, we gather them up, give them a good shredding, and use them as mulch around our landscape. There, say under a rhododendron bush, they break down naturally.

Maybe it’s time we start thinking about separate piles devoted to leaves only — once the snow melts.

Note: The Permies article cites one of our favorite composting sites in the article (near the end). Thanks!

Selling Your Soul To High-Tech Farming: There was a strange and confusing article over the weekend in The New York Time on the growing role of technology in farming.

The story seems to suggest, at its beginning, that technology can save the family farm. The reward in using the technology is a stream of data that can be utilized to increase efficiency and production. But exactly how this data is used isn’t really explained. There’s a claim that using the technology has increased a certain Iowa farmer’s return 7 points to yield a 21.2% return on his investment. That’s great. But how?

The farmer also says (in the accompanying video) that using technology gives him more free time to spend with the family. That’s great, too. But no explanation is offered and the video shows a veteran farmer up before dawn casually feeding a few cattle using a not-so-high-tech device: a grain scoop.

One dissenting comment comes from the executive director of the Berkeley Food Institute, warning against monoculture and what might happened if the crop that fails is the only crop you grow.

Between the lines, we find out that tech isn’t saving the family farm. It’s helping wipe them out. Only the big farms can afford the technology that this new farming requires. The article provides a disturbing example: the farmer that gave up his farm to go work for someone else.

Privacy is also addressed. Who does the farmer share his data with? Monsanto. We assume that he’s also buying his seed from them though it’s not stated in the article. After finishing the article, we had no sense of how technology might really help — a big thing is made of driver-less combine harvesters costing near a half million dollars — and were left slightly disturbed by the trend. As always, we ask ourselves: who profits? How does it insure a safe and steady food supply. Read the piece, then let us know what you think.