GMOs, permaculture, the costs of drought and kale -- it's not just for supermodels. 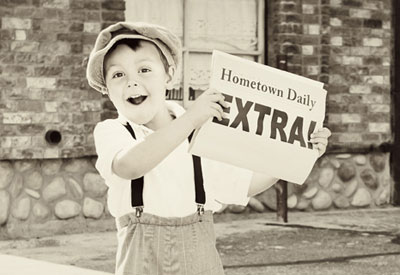 Items (and garden news) of interest to organic gardeners, natural lifestyle and health-conscious individuals that we’ve come across in the last few weeks:

Legislation introduced in New Mexico that would have required labeling of foods that contain GMOs passed the state’s Public Affairs Committee only to have that recommendation turned down by the entire Senate which voted not to adopt the committee’s report. State Senator Peter Wirth who wrote the bill was quoted by Albuquerque Business First saying, “Even though SB 18 is dead this year, it’s clear that New Mexicans want and deserve a label that tells them whether or not their food has been genetically engineered.” Stay tuned.

Drought and deficit: The New York Times is reporting that last summer’s drought will cost taxpayers an estimated $16 billion in crop insurance payments. That’s in addition to $11 billion that’s already been paid out in indemnity costs to farmers, a figure that could balloon to $20 billion before it’s over. Not all those payments go to farmers. Groups on both the right and the left have criticized the crop insurance program for subsidizing insurance companies and largely benefiting corporate farms. Imagine if just one-tenth, or even one-one hundredth of that money went to encouraging organic practice and conservation in agriculture or community garden programs or neighborhood composting alliances. Keep imagining.

Never eat kale again? That’s (most) of the title of an Atlantic magazine blog post that smugly notes a problem among a segment of the population that has taken the health benefits of kale, especially that part about it being low-calorie, to heart. That’s right, it’s the same group that inspires many of the bad nutritional examples and eating disorders in this nutrition-challenged world of ours: fashion models. Readers of this blog know that we’re champions of kale and we hope that models who are regular readers of this column wouldn’t over-react to anything we say; in other words, a kale-only diet might not exactly be what the doctor ordered. Let us remind the runway set — and everyone else — our grandmother’s rule of thumb: everything in moderation.

Paul Wheaton’s Permaculture Articles blog has an extended post — with video! — on what’s turning into the latest rage among back to earth types… hugelkultur. Basically, hugelkultur is a method of reclaiming barren land by composting rotting wood under soil. Heaping dirt on the rotting wood gives an instant raised bed (though sloped). As the piled wood continues to rot (compost), it feed the soil, making for a bed that reputedly doesn’t require turning, fertilizing, or (much) water. That latter component has made it attractive to desert gardeners and others to whom xeriscape gardening is a necessity. A long-time practice in Eastern Europe, it’s caught on in Australia. Of course, there are considerations: avoiding treated and certain kinds of wood that would add harmful chemicals or otherwise discourage plant growth. We’ll be exploring hugelkultur further in future posts once we can find some hands-on examples, but we encourage you to check the links and let us know if you’ve had any experience with it. In the meantime, here’s a Northwest gardener’s take under a slightly raunchy title. We love the line, “there is (sic) very few appearance issues in the garden that nice top dressing of mulch can’t fix.” Ain’t it the truth!