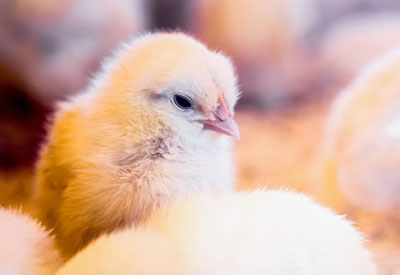 Chicken producers, answering demands from buyers, have been reducing their use of antibiotics in their flocks, often with much accompanying fanfare. But there’s usually a caveat. These declarations are usually limited to antibiotics “important to human medicine.” In other words, chickens are still getting other classes of antibiotics not used by humans.

Perdue Farms, one of the top three chicken raisers in the United States, has begun running ads claiming that two brands of their poultry use “no antibiotics ever.” In an announcement earlier this month, Perdue stated that the percentage of their chickens receiving “animal-only” antibiotics had dropped from 60% to 42% in the last year. This means that over half their chickens meet the no antibiotics pledge.

Animal-only antibiotics include ionophores, a class of non-human antimicrobial drugs given to chickens to promote growth and improve “feed efficiency.”

Their continued use among growers who claimed they had decreased or discontinued application of human medicine antibiotics always clouded what the label “antibiotic-free” actually meant.

Perdue’s ads have resulted in responses from Tyson and other poultry producers. Competitive one-upsmanship of this sort, spurred by fast food corporations demands for antibiotic and other safe, humanely raised poultry and other meats show that business is listening to consumer demands, even if the response is yet far from perfect.

On the other hand, big chicken, including Perdue, continue to be taken to task for inhumane growing conditions.

DARK Act Passes House: A coalition of House Republicans and farm-state Democrats combined to pass H.R 1599, the so-called “Safe and Accurate Food Labeling Act of 2015” by a margin of 275 -150 on July 23. Consumers and some Democratic representatives have labeled the bill the “Deny Americans the Right To Know” or DARK Act.

The bill prohibits state mandated GMO labeling programs and instead creates a voluntary, national program that would certify products as GMO free. Critics see it as a way to undercut the growing calls for labeling foods that contain genetically modified ingredients.

The bill is just one in a number of attempts to block the public’s right to know about pesticide use, livestock abuse, pollution from factory farms, and other health-related concerns through what’s called “agricultural secrecy” (PDF).

In a related action, the House voted down an amendment that would have given Native American tribes the authority to prohibit or restrict the cultivation of GMO crops on tribal lands.