What’s In Your Food? GMOs, Chemicals, And Our Right To Know

New FDA labeling rules include added sugars. And why the bread on that sandwich might taste like a yoga mat. 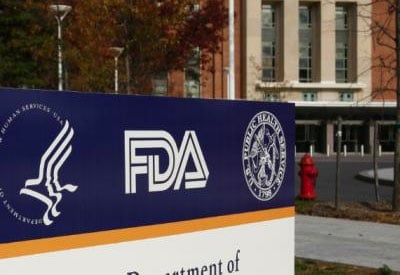 The big food news this week is the Food and Drug Administration’s announcement that it will update its Nutrition Facts Label requirements “to reflect the latest scientific information, including the link between diet and chronic diseases such as obesity and heart disease.” Part of this change deals with portion size. These have been changed in some cases — like increasing the single portion of soda from 12 to 20 ounces — to reflect sizes that are more commonly consumed. We’ll agree that’s a good thing if indeed the change makes figuring what you’re getting from what you consume without having to do any extra math.

Here’s another example: a pint of ice cream will be said to contain two servings rather than four. Where does it leave us people who like to consume the whole pint? (Okay, maybe we shouldn’t kid on serious topics.)

Another change — and we think it’s an improvement — is that the labels will now reflect “added sugars” as well as “sugars.” Added sugars, as opposed to naturally occurring sugars (as say in a piece of fruit) are often derived from corn. Remember when corn-sweetener manufactures wanted permission to change the name “high fructose corn syrup” to “corn sugar?” They thought that HFCS carried too many negative connotations.

Now we don’t want to go in to detail of why GMO corn is especially bad among bad GMO-containing products (hint: it produces its own insecticide). But those of us doing our best to avoid foods with genetically modified ingredients know enough to stay away from foods with high fructose corn syrup (here’s a list, including ice cream, that you might find handy). And while the new labeling standards are helpful, they won’t necessarily protect us from all GMO containing sugars. But it’s labeling and labeling is knowledge. The more labeling we have on ingredients that concern us, the better.

In other GMO labeling news: State Senator Noreen Evans has just introduced a GMO labeling bill to the California legislature. The bill purportedly deals with some of the sticking points in Proposition 37, the GMO labeling initiative that was defeated in California last year.

From the “What the ….?” column: Sandwich chain Subway has promised to remove the chemical azodicarbonamide from its bread after the always informative foodbabe.com revealed that it was an ingredient also used in foamed plastics such as yoga mats and shoe rubber. Subway made the announcement after Vani Hari, aka Food Babe, started a petition demanding Subway remove the ingredient from its bread.

Azodicarbonamide, linked to respiratory issues including allergies and asthma, is banned from food products in the United Kingdom, the European Union, and Australia.

“Don’t eat subway until they give a timeline as to when they will remove “yoga mat” from the bread. And while they are at it please remove caramel coloring, yeast extract, and GMOs from their bread. This is not fresh it’s poison and America deserves better food with real ingredients!!

And another thing: Why stop at GMO plants? What about genetically modified children? Apparently, the National Academy of Sciences is looking into it. We can trust them to do the right thing, yes?

One Response to “What’s In Your Food? GMOs, Chemicals, And Our Right To Know”