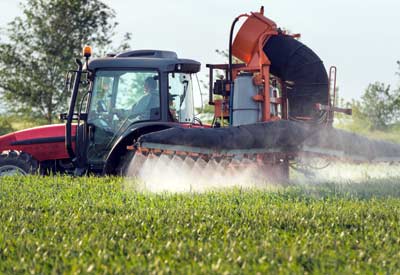 When the United States Department of Agriculture said in January that it was ready to grant approval to a new pesticide known as “Enlist Duo” developed by Dupont AgroSciences, the resulting outcry delayed the planned final approval which the USDA had promised in “a few months.” The outcry only became louder in April when the U.S. Environmental Protection Agency said it too was ready to grant approval. Unless it’s been done in secret, no such blanket approval has been made. And that’s for good reason.

Enlist Duo was created to keep the growing of widespread genetically-modified crops profitable. Over the years, weeds have acquired resistance to the GMO-friendly pesticides, especially the Monsanto corporation’s glyphosate product Roundup, that have been sprayed on them. The problem, with some 60 million acres of U.S. farmland now infested with “superweeds” is so critical that editorial boards in traditional farm states have begun to criticize the GMO model of poisons and the crops genetically engineered to withstand them (the “GMO chickens are coming home to roost,” says the Des Moines Register.

Enlist Duo seems an easy fix but a not very smart one. It’s simply a combination of glyphosate and 2, 4-D, the infamous chemical was one of the key ingredient in Agent Orange, the chemical defoliant used extensively during the Vietnam War. It’s long been known that 2,4-D is associated with lymphoma in humans and is a potent endocrine disruptor. The approval of Enlist Duo will result in as much as a six fold increase in the use of 2,4-D, according to the USDA’s own draft Environmental Impact Statement.

We’ve written about the dangers of glyphosate, both to humans and the future of farming, before.

What could possibly result from the approval and use of Enlist Duo, other than increased threats to human and environmental health as well as weeds that are resistant to both glyphosate and 2, 4-D? Here’s the link — no longer available — to the Organic Consumers Association petition asking the USDA to reject Enlist Duo and the Enlist genetically modified corn and soy seed. Or write Agriculture Secretary Tom Vilsack (link no longer available) and let him know what you think.

Hawaiian GMO Ruling: A Kauai district court in August ruled in favor of four corporate agri-businesses when it threw out Ordinance 960 that set up pesticide buffer zones, mandated studies on the effect of genetically modified crops and the pesticides used on them, and established penalties for breaking the rules. The Kauai County Council passed the ordinance in November 2013.

U.S. Magistrate Judge Barry Kurren ruled that the county’s rule were superseded by state law. GMO seed companies take advantage of Hawaii’s favorable growing climate to develop their products. Truth Out has the full story behind the Ordinance and the Judge’s ruling.

The four corporations bringing the suit are Syngenta Seeds, DuPont Pioneer, Agrigenetics Inc., doing business as Dow AgroSciences, and BASF Plant Sciences, according to AG WEB. At least one council member has expressed interest in appealing the ruling. Stay tuned.