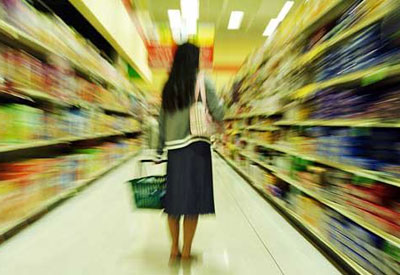 What to make of the defeat in California of Proposition 37, the GMO labeling initiative? When all across America, voters seemed to ignore the hundreds-of-millions of dollars thrown at important races by Super PACs and other unrestrained donations, the voters of California — or at least a significant percentage of them — took the onslaught of negative ads to heart.

One theory about this discrepancy says that the ads from Monsanto, Coca-Cola, the Grocery Manufacturers Association, and others were just more effective due to the fact that, unlike groups of disgruntled billionaires, these overweight corporations were well experienced in advertising and public relations campaigns. Their ads were just plain more effective. Why? Maybe they weren’t all that honest. Then again, it’s not as if American voters aren’t familiar with misleading and deceptive political advertising.

On the other hand, the drive for GMO labeling brought a lot of attention to the issue, not just in California but across the country. The question remains: why shouldn’t we have what consumers in 50 other countries have: the knowledge that what we’re buying is free of genetically-modified ingredients?

In the meantime, what to do about GMO products on our shelves? While the pro-labeling forces regroup and declare a “moral” victory, most of us with an interest in the GMO issue will continue to do what we do: support our local farmers’ markets, buy what we can locally from growers and processors we know and trust, urge and question the markets where we shop — whether Whole Foods or Albertson’s — to carry and identify products that are GMO free, and continue to garden with an emphasis on heirlooms and an absolute ban on dangerous pesticides, herbicides (yes, RoundUp) and chemical fertilizer; in other words, make sure our home-grown food and that we buy is as organic as possible.

Grass roots movements spring from healthy soil. It’s time to throw failure in the compost heap and let it become something that will benefit our future efforts to protect our food supply.