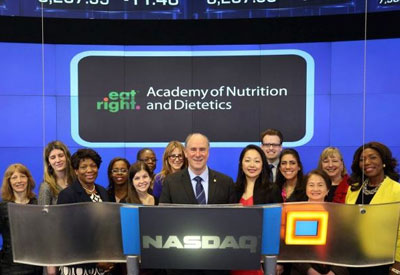 Those of us involved in the struggle to protect our families and the environment from genetically modified crops know one thing: the deck is stacked, the dice are loaded when it comes to enlisting political powers to our side. Even those in oversight or government organizations can face intimidation from the corporate powers that be. Here’s the latest example as reported by The New York Times, involving the Academy of Nutrition and Dietetics.

Why is the Academy of Nutrition and Dietetics (A.N.D.) important? Because it’s influential with politicians and frequently cited when establishing policy. It’s considered, and claims to be, objective. But that might just be a mirage. The dismissed whistle blower, Carol Bartolotto, a dietitian and member of the Academy’s panel that makes recommendations regarding genetically modified food stuffs, simply pointed out that two of the members of that panel had ties to Monsanto. As Barolotto says, quoted by the Times, “Perhaps it is possible for someone who works for an organization that creates or promotes G.M.O.’s to be objective, however, that would be hard to do.” Pardon you suspicious Planet Natural Blogger, but possibly, just maybe, they gained their positions without any pretense to being objective?

You might remember that the Academy was involved in a kerfuffle last fall when the California voters guide mailed to all voters around the state mistakenly said that A.N.D. was against the ballot initiative that would have required labeling of foods containing GMO ingredients. Of course, as an “objective” organization, they had not.

The two members accused of having ties to the genetics industry were not just causally connected. One is a test farmer for Monsanto and had recently “won” $5000 from the company for her agricultural practice. The other, the chairwoman of the Academy’s panel, is Senior Vice President of the International Food Information Council, an organization largely financed by the world’s largest corporate agribusinesses.

The Times seems to draw the wrong conclusion from the mess, suggesting that the affair illustrates how hard it is to find anyone who doesn’t already have a position on GMOs. We think it shows something else: how hard it is to be objective when the tentacles of the GMO industry seemed to be wrapped around everyone and everything that wields any power over the food raised and sold to concerned consumers.

On a related note… resistance to the “Monsanto Protection Act” is generating some strange political bedfellows.