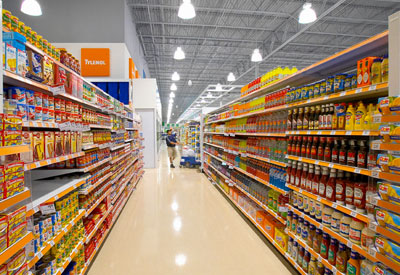 The respected pro-consumer publication Consumer Reports is touting two studies that both support the labeling of foods that contain genetically modified ingredients. One study found that foods including breakfast cereals, snack chips and baby formula frequently contained GMOs, even if labeled “natural.” A second study polled a thousand Americans on their beliefs about food labels. It found that 64% of those polled believed that products labeled “natural” were free of GMOs, even though they’re not.

You can read their report here.

Consumers Union, the magazine’s policy arm, is using the study to support labeling measures set to be voted on in Oregon and Colorado through the Union’s “Not In My Food” organization. In 2010, the Union called upon the Obama administration to support an international GMO labeling agreement.

A third study initiated by Consumers Union found that the labeling requirements of Oregon Ballot Measure 92 would add an additional $2.30 (PDF) to each individual’s food bill yearly. Higher costs that would significantly affect food prices are frequently cited by the food industry as reason to defeat this and other labeling measures.

Consumer Reports found that the third-party, independent label “Non-GMO” was the most reliable when finding products without genetically-modified ingredients. Items certified “Organic” by the United States Department of Agriculture are required to be less than 1% GMO.

Michael Hansen, Ph.D. senior scientist with Consumers Union, used the opportunity to point out the connection between GMO crops and high use of chemical pesticides. “Given the pervasiveness of GMOs in packaged foods, the drastic increase in herbicide use resulting from growing these crops, and the fact that our federal government, unlike other countries, does not require a premarket safety assessment, we think labeling is important and support Measure 92,” he wrote in the Union’s statement.

The announcement points out that labeling efforts are not just about GMOs, but honesty from the industry in all its labeling. This is why words like “natural” should be specifically defined so that consumers know exactly what they’re getting. In a sense, the industry’s fight against stricter labeling is tacit admission that consumers prefer non-GMO, truly natural foods. They’re losing the argument, even if recent results at the poll haven’t reflected it. Just goes to show the value of scare (“it’ll cost you more!”) tactics.