What happens when genetically engineered foods (GMOs) are composted? 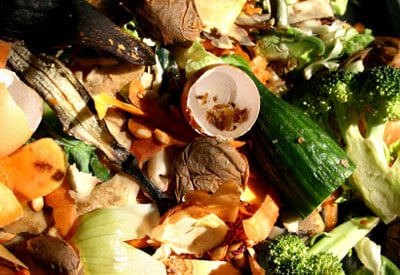 If you are composting GMOs without knowing it does it mean you are growing them by using the compost?

We had to think about this awhile. We know that the composting process is capable of great things. We know that it can help “repair” contaminated soils and prevent toxic runoff into our watercourses; that it can reduce to some degree the toxicity of soils contaminated with chemical substances such as creosote; that it can even reduce the toxicity of explosive residues of the sort found in dumps on military reservations (but that it leaves behind another problem: mutagenicity).

Purchase a kitchen compost pail from Planet Natural and there’’s no need to run out to the pile after each meal – just lift the lid and toss-in table scraps. They’re fitted with activated carbon filters to eliminate odors and look great too!

But what happens when genetic plants are composted? Will the genetically-mutated materials break down? And will any of the components that the mutation generates — say the Bt (Bacillus thuringiensis) that acts as a pesticide in GMO corn — will those be broken down as well?

The answer is: we don’t know. In the search for answers, your Planet Natural Blogger contacted a handful of experts who study compost at major universities and those that replied said pretty much the same thing. They couldn’t comment because they’re just wasn’t enough, or any, research. One of the more distinguished professors we asked hazarded a guess: that the act of composting would probably take care of any genetically manufactured plant material and would probably compost any by product it produced. But he couldn’t say for sure.

Here’s one study we found that suggests composting will take care of GMOs. But again, more study is needed.

These are important questions. One of the major fears held by those who oppose GMOs is that they will cross-pollinate with non-GMO plants and destroy the diversity of our natural plants. We already know that this is possible through cross pollination though the manufacturers of GMOS deny it. Could it be that genetically engineered material might cause plant mutations, or some other type of contamination, just by being in the soil?

We can only draw one conclusion… that more study — much more study — is needed when it comes to GMOs. Information on the negative effects GMOs have on human health continues to trickle out despite the best efforts of the corporations that have an interest in them. Maybe if some of the money that these corporations pour into developing new genetically modified seed and the other products used with them (see Roundup) was directed towards discovering the effects GMOs have on health and well being (not to mention their environmental and economic impacts), well, maybe we could get a clearer picture of the harm they might be doing. (To quote my grandpa: Ain’t gonna happen.)

And we also need more research on composting. Your Planet Natural Blogger has often said that composting can save the world. Let’s find out that it really can. Here’s a small suggestion. If just a fraction of the money spent on farm subsidies could be redirected to research on the possible uses and benefits of composting and organic farming practices, the world would end up a better place. Grandpa agrees.