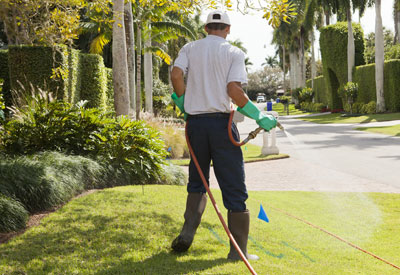 New Mexico’s Taos County has become the most recent locality to consider banning harmful pesticides. On July 5, the Taos County Commission discussed a County-wide ban on the use and sale of herbicides and pesticides.

The County joins other jurisdictions, including the city of Richmond, California and Montgomery County, Maryland that have banned use of the products or are in the process of considering it. In 2014, the Washington, D.C. suburb Takoma Park banned 23 cosmetic lawn pesticides known to pose health risks.

Unlike the Montgomery County ban, the Taos County discussion included suggestions that not only the use but the sale of the herbicides be banned. (The Maryland ban also excluded golf courses and agricultural lands.)

The discussions are just the most recent in a string of acts by municipal, county and state governments to protect health of its citizens in the face of mounting evidence that pesticides and herbicides, along with skin and eye irritation, cause cancers, respiratory diseases and birth defects. Recent studies have linked pesticide exposure to Alzheimer’s Disease and Attention Deficit/Hyperactivity Disorder (ADHD).

The State of California recently announced that the pesticide atrazine, a known endocrine disruptor, would be added to the list of chemicals known to the state to cause reproductive toxicity. The designation falls under California’s Proposition 65, the state’s toxic chemical rules that date back to 1986. The Proposition required the state list chemicals known to cause cancer, birth defects or reproductive complications.

In Canada, the province of Ontario banned some 300 lawn and garden products that contained 82 named chemicals.

Much local interest in the regulation of harmful sprays and chemicals is generated by the failure of federal legislators to take the issues involved seriously. But as such regulation heads up the political ladder, congressional leaders have started to take notice, often for the wrong reasons.

TruthOut reported that contributions to congress members from chemical companies increased as the recent update of the Toxic Substances Act was considered. The co-sponsor of the bill Louisiana senator David Vitter received $14,000 from chemical companies and pro chemical industry organizations in 2014 and a total of $58,500 from the companies during the last six years. A super-pac supporting Vitter’s failed gubernatorial bid received $150,000 from the American Chemistry Council.

Political contributions from chemical manufacturers often give reason for federal congressional representatives to reverse or deny actions done at the grassroots level. We’ve seen this kind of thing in other organic issues, notably Vermont’s law requiring GMO labeling. Congress recently passed a national GMO labeling bill that supersede laws in Vermont and other states and money talked. The national law does not legislate a label per se, instead requiring shoppers to scan a product’s bar code to find out if the product contains GMOs. Not carrying a scanner? I’m sure you don’t mind standing in line at checkout to have your potential GMO-containing products scanned there.

The Taos County discussion centered on glyphosate, the key ingredient in Monsanto’s Roundup. It’s hard to understand someone arguing against the Taos County proposal — let alone the facts of the issue — unless they have some kind of economic interest in the herbicides. And, of course, somebody always does.

One Response to “Local Governments Seek To Ban Pesticides, Herbicides”